I’m going to try to be very honest about this subject. You’ve been warned.

I’m not sure I get dating.

Let me put it this way. The closest thing I have had to a date was my prom. I went with a boy from my math class who was three years older. Need I even continue?

Then he gave me a song he wrote about how much he loved me.

Since then I’ve had a few minor crushes. The largest being on Hayden Christensen circa Episode II. (I told you I was going to be blatantly honest.)

And so, I’ve never really been on a date. I am Josie Grossie from Never Been Kissed. I even say, “culottes.”

These are the facts, but I want to know why. Why have I never really been on a date?

Here are ten hypotheses I’ve come up with so far. Let me know if you have further insights.

1. I don’t flirt. Well, I don’t flirt well. I mean, I don’t flirt in the way most girls do. I probably flirt the way some gross boys do. Any time I think a guy is attractive I try to do some sort of impressive (awkward) physical move, like jumping off of something really tall.

If I hold back from such impressive (awkward) moves, I usually do something like pull my pants up past my waist and pretend to use a monocle or make fart noises with my mouth or just immediately start walking away from the guy.

Why haven’t I been on dates again?

2. I’m marriage material, and boys my age aren’t ready for that. (Please ask my Italian Rachel for confirmation that I repeated this phrase throughout the entirety of high school. Josie Grossie, people. Josie Grossie.)

The problem here is that there are people my age who are married, so this excuse can no longer hold up.

I’m not trying to condemn anyone for dating here. I just don’t really see the point. A free meal? We already saw how the Panera thing worked out.

Getting to know someone just sounds exhausting.

4. An actual line on my bucket lists (all versions) says, “Make it to 30 without having been married.” That’s right, folks. I’m holding out until my golden years.

I like being alone. I see people my age who are married who are so happy, but I’m just not ready for that yet. And since I’m not ready for marriage, I won’t date (see point #3).

5. I look like a troll, but not in a way that would appeal to LARPers.

This could be accurate, but my mom doesn’t think so. (Thank you, Mom.)

6. I’m too beautiful for men to even approach me. I’m like that smouldering celebrity who says men are too intimidated by her to ask her out.

Considering the number of unibrow jokes I have endured over the years, this is just absolutely false.

7. I could be asexual. I don’t really have that many crushes. Maybe I’ll join a nunnery.

**cue shirtless picture of Aaron Taylor Johnson that I could not, in good conscience, actually post**

Wrong. Not asexual. No nunneries.

8. Two weeks ago, when the drive-thru boy (child?) asked for my number, I said, “Uhhhh no.” Then he said I made him feel like a creepy drive-thru man, and I said, “Yeah.” Then he gave me his number on my receipt.

Not sure what this has to do with why I haven’t been on a date, but it’s a pretty funny true story, right? It’s also recent evidence that I am not without a bit of womanly charm (at least if you look at me through my driver’s side window).

I guess it also made me feel a little bit good.

But still, no dates.

This could be a fundamental dating hiccup, actually. Believing this means I usually go ahead and pick my wedgie in front of the cute guy in the supermarket. “He’s cute, but eh, he’s not ‘the one.'” Resume tasteful picking.

(“The one” is away, turning down a modeling career to backpack across Europe. Obviously.)

10. God has really protected me.

I think this is absolutely true. I have MANY friends with broken hearts, and it looks… rough. I also have a wincy bit of a miniscule tendency to go whole-hog crazy over things that I like, and I don’t need to be throwing that affection from person to person all willy-nilly.

I suppose if the right boy came along, I wouldn’t purposefully show him the door, but I’m also not inviting him in, ya know?

Bonus #11: I’ve never asked anyone out. It feels very necessary to state the obvious here.

CONCLUSION: I just don’t get this dating thing or why I don’t fit into it. Oh, well. Maybe I need to shout: “I’M NOT JOSIE GROSSIE ANYMORE!” or maybe I just need to work on my flirting game (i.e. look for taller things to jump off) or maybe the world needs to know that non-daters aren’t entirely off their rockers. 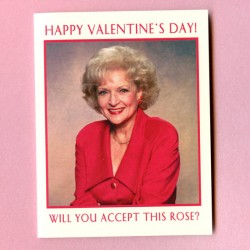 I was trying to come up with some sort of list for this final post as a twenty-two year old. I thought I could write about 22 people who I’m thankful for this year. To be honest, though, I’ve been blessed with more than 22 great people, and I don’t want to leave anyone out. I could talk about my 22 favorite moments from the past year, but I don’t have pictures to go with them, which would mean a super long, super boring post. I thought maybe I could write down what my goals are for my next year, but that quickly turned into writing things like “do 50 push-ups in a row.” Yes, that’s really on my goals for the next year (and has been for the past several years).

Then, I decided I would do a quasi-sentimental post on some revelation I’ve had about life this year, but then I decided I’d rather just do the list thing (perhaps because I didn’t have any earth-shattering revelations). I hope that’s okay. (It better be.)

Here are 22 songs, movies, and books that I went nuts over and/or taught me something during my 22nd year of life. 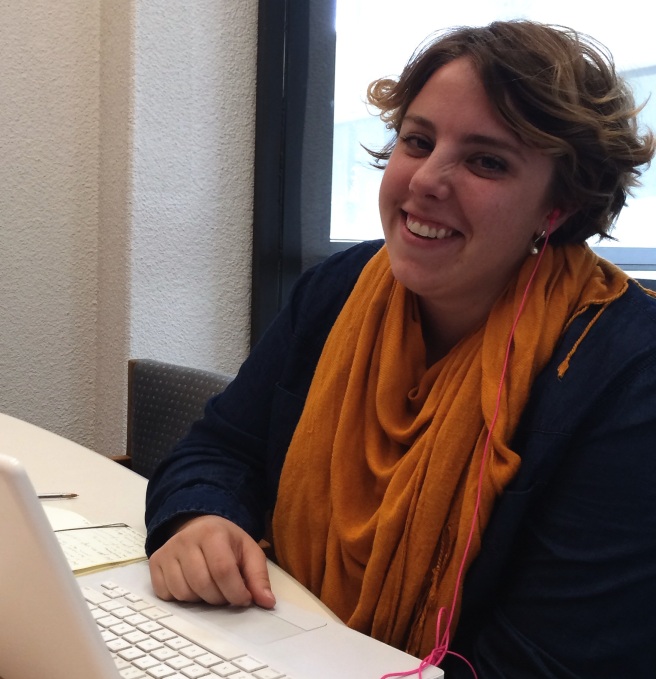 This post is not very creative. Please see Jill’s post for confirmation of this unoriginality. Okay, 2013, here we go:

8 plane trips slept through or cried through

1 popular webseries participated in as associate producer, co-star, and -let’s not forget- intern

38 years of marriage forgotten for half a day

3 people who decided to rid me of my “sorry’s”

0 new nicknames (I’m okay with that)

30 instances when answering the phone was followed by Thad saying, “What up, gurrrrrl?”

2 trips outside the U.S.

4 trips to The Griddle Cafe

4 times I was determined to grow my hair out

2 million times I’ve been thankful for my friends

3 billion times I’ve been thankful for my family

Okay. I know everyone feels like this at some point in their lives, or for their entire lives.  You fall in like with something. You can’t get enough of it.  You share it with your best friend, your mom, your dog, and no one is as interested as you are.  This is pretty common in my life, and I’d like to share some of my favorite things (that no one else likes) with you.

KATHERINE HEIGL// People really don’t like Izzie Stevens. Oh, what’s that?  You LOVED Izzie, but you HATE Katherine? Nope. Sorry. They’re a package deal.  Katherine Heigl rescues dogs, has two beautiful children, and is still married to her husband.  Her mom is her manager (still), and she makes cute movies.  27 Dresses wasn’t trying to be The Black Swan, folks.  I encourage everyone to catch either the 1996 Disney Channel classic, Wish Upon A Star, or the 2003 Hallmark finest, Love Comes Softly, in hopes that their opinions would be altered.

SEATTLE’S BEST COFFEE// Everyone is on The Starbucks Train or The Coffee Bean Train or The Peet’s Train (which I also love), and poor Seattle’s Best is stuck at the caboose.  I understand that Starbucks and Seattle’s Best are owned by the same company.  Let me say that again: People who like to say Starbucks is better, they are owned by the same company. Get it?  My main reason for loving Seattle’s Best is their gingerbread latte (another thing that a lot of people hate).  They put a little gingerbread man on top of the whipped cream.  Adorable!

ONCE UPON A TIME// Admittedly, I have a friend with me on this.  A SINGLE FRIEND.  I don’t understand!  Every week is a fairytale on this show! It’s good vs. evil.  It’s a tale as old as time.  Literally, Belle is on the show.  Why aren’t people (my friends) watching?  Remember how people went ga-ga over Lost? Well, it’s the same creators! Ahhh, I don’t know.  I love it.  I love Mary Margaret’s pixie cut and Rumpelstiltskin’s odd romance with Belle.  Oh, and don’t even get me started on Hook. Hello, hunk! You should check it out, but you probably won’t and that’s okay.  Fyi, I recap this show for Lydia Mag.

CROCS// I’ve had my fair share of Crocs in my life.  I even had a couple of Mickey charms that went in the little holes on the top.  People out there hate crocs. Why?! They’re like flip flops with more support.  They feel like slippers.  I’m behind them 100%.

THIS MEANS WAR// The movie.  Everyone hated this movie. I really liked it.  It was funny and cute and had action.  Plus, Chelsea Handler and Tom Hardy in the same movie? Sign me up. I get that it has issues, but let’s not all pretend that we didn’t go around quoting Congo before it suddenly became uncool. “Amy, good mother.”  “Stop eating my sesame cake!”

BOARD GAMES// Okay, people like these, but usually not enough people like them to be able to play one.  Whyyyyyyyy?!  Scattergories, I miss you! I will say that if I sound depressed on the phone, my mom will play online scrabble with me.  I’ve gotten really good at fake tears.  I mean…

The Santa Clause (only the first one makes this list)

Hallmark’s A Princess For Christmas (a classic!!)

Christmas With The Kranks (“Haha, she must be kidding!” Oh, shut up.  It’s funny)

Miracle On 34th Street (a twofer. Both original and remake are a-okay!)

Merry Christmas to yooooooooou!  It’s not even Thanksgiving…