The Definitive Weekend Itinerary for Visiting Moi,
or,
One Woman’s Cry for Friends from out of Town,
or,
A Local’s Take on What You Should Do with Your Weekend in Indy… ish

A note on the Ndy sign: If you take a picture with multiple people at the Ndy sign, it will ruin the illusion and you run the risk of looking like an idiot. I’m only telling you this as a friend. I don’t want you to be the person with spinach unknowingly in her teeth for four, very public hours.

So, what are you going to do now that you’re here? Oh, you “know” already? Oh, your friend Gavin–the one with the neck scarves and crown molding–told you that Broad Ripple is where it’s at? Oh, he said the Southside was trash? Well, fine. Fine. By all means, follow Gavin’s advice.

Oh, you’re in Broad Ripple now and you’re confused and you’re hungry and you hate everything… Oh, no? You are having a good time? Gavin was right? Well, you know what? Gavin doesn’t know all, okay? Are you going to follow Gavin the rest of your life? We both know he’s going to exit your life, leaving you with a better wardrobe, weird furniture, and no children. So, give the Southside a chance. I DARE YOU.

Oh, good. You listened. The first thing you need to do is hop on the convenient, scenic pedestrian and cyclist path, the Monon Trail. Head south a quick seven miles to Mass Ave. Use this time to think about whether Gavin has a positive influence on your life.

(But really, I hope you rented a car. This is not a walkable city. This is a drivable, parkable, lovable city.)

Okay, you’ve made it to Mass Ave! It turns out, you’re at the beginning of the Cultural Trail. You could rent a bike! I wouldn’t.

Instead, I’d walk around. Yes, bum it up! Live a little!

Oh, and the mural outside? Someone’s found her new lock screen photo.

Make your way down Mass Ave. Buy some really weird, pro-Indiana jewelry that will sit in your jewelry box forever, until posthumously, your daughter finds it and realized you really were mentally unstable. It doesn’t matter. It will be the best thing you own.

Grab another photo of the Kurt Vonnegut mural, posing like him is optional. See the “dancing lady,” which is actually called “Ann Dancing” by Julian Opie.

Maybe you’ll stop at Union 50 for a fancy meal. (For evidence of fanciness, I give you a bathroom selfie with a faucet that someone HAD TO SHOW ME HOW TO WORK.)

Maybe it’s a nice day and you’ll grab a beer at The Rathskellar. Both places will be nuts, so don’t do it.

Option #1: It’s baseball season, silly. Head to Victory Field. Eat a giant bratwurst covered in onions. (Honestly, it was silly of you to think you were going to get a kiss on this trip. Gavin lied about a lot.) Drink Sun King beer. Cheer with people until your voice is hoarse and you question whether this really is just a minor-league baseball team.

For part of the game, pull out your hand radio. (I bet Gavin forgot to mention that on his Pinterest list of musts.) Hold it up to your ear and hear the magical voices of Howard Kellman and Andrew Kappes. Someone told me recently that Andrew doesn’t work full-time for the Indians? THIS IS ABSOLUTELY NUTS. GIVE THE BOY A JOB.

Stay and gawk at the too-close fireworks after the Indians win (and even if they lose).

Also, be prepared to yell at children who think they are entitled to a ball. What’s this world coming to and is it Gavin’s fault? I bet Andrew Kappes would know.

Option #2: Go to a night of comedy at ComedySportz Indy. It’s spelled with a “z.” Do I need to say more?

Grab the best Rueben of your life from the cafeteria-style deli Shapiro’s, before falling asleep with sauerkraut breath.

Of course you’re up early! You’re excited! Who wouldn’t be?! You’re in the Amateur Sports Capital of the World! The Crossroads of America! THE CIRCLE CITY!!

And today you’re going to get out of that city and discover some of that small town charm the Southside is (not) famous for. (The Northside, aka Eagletonian slime, has luckily not infested God’s country.)

Wake up and put on real clothes. Be very careful here. If you try something new, e.g., overalls, maxi dresses, or–my word–a jumpsuit, be prepared for people to stare and perhaps even make comments about your inventive style. You’ve been warned. 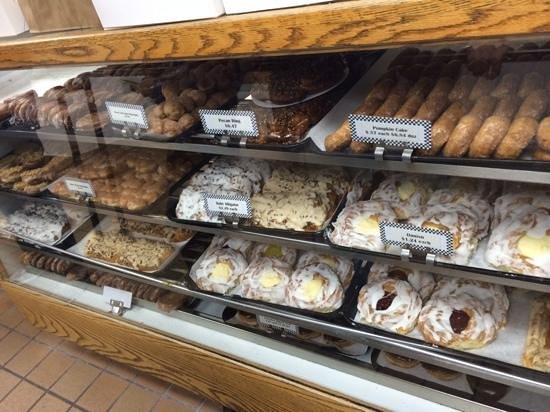 Go to Long’s Bakery. Get a yeast donut for now and a dozen for later. Eat in your car.

On your way to Franklin—kind of, but not really—get a peanut butter cup mocha from the Strange Brew café. In case you are Tom Cruise or you didn’t read the sign, do not stand on the couch. They do not like it when you stand on the couch.

It will cost a approximately $3 to get in (though if it’s Saturday and they’re showing cartoons, it only costs a can of food) and another $2.50 for refillable, local popcorn. Prepare yourself. We, Hoosiers, are a patriotic, nostalgic people. You will stand and sing the National Anthem. (Yes.) And then, there will be a Looney Toons cartoon before every film. (Also, yes.) Will this be weird to you? Absolutely. Will you also kind of think it’s neat and that you are now in a WWII film? Also, yes. Don’t share this with Gavin. He would only ruin it for everyone. 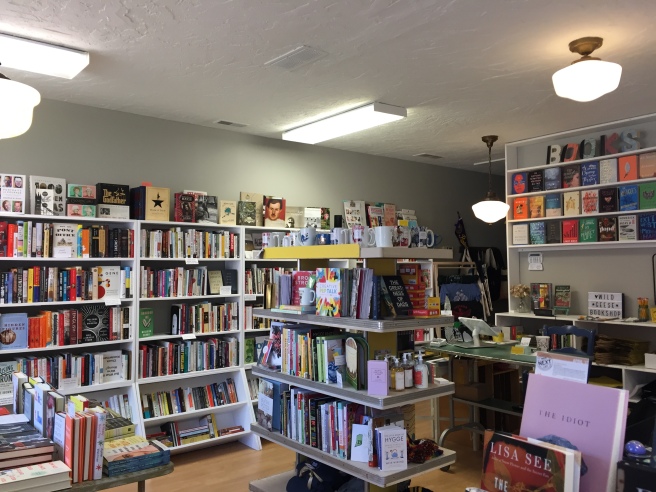 Walk down the street, passing lovely renovated homes, to the Wild Geese Bookshop. Relish in the pleasures of local business. Immediately follow them on Instagram and feel a bit better about the direction of your now Gavinless life.

Head east to the Taxman brewery for the burger with an egg and pork belly (because Heaven is for real) and have a very tiny beer.

Stop by my house. Duh, bruh.

Go fishing. And do that thing that I assume most people do when fishing, which is to really want a fish because it would be cool, but also really hope that you don’t get a fish because no one wants to be the murderer, fish-gutter person here.

If it’s April, May, or June, go morel mushroom hunting.

Weep that the weekend’s almost over. Dry your tears with a leftover donut because there’s too much to see still.

Are we doing church? If yes, go to one with coffee and donuts and people who like to say, “Hello, sweetie,” in an accent that feels scandalously southern. If not, go to one of the following places for breakfast:

Milktooth, because Gavin will want to talk to you about it. Look, here’s a warning: You might not have any idea what you’re ordering because the menu was written by someone very much like Gavin. They’re suffering from what I believe is called “deconstructed hipsteritis.” However, you will probably enjoy what you eat and where you’re eating it.

The Original Pancake House, which is never to be confused with IHOP. Order a German Dutch Baby Pancake. Finally find happiness.

If you didn’t make it last night, now’s your chance. Walk around, fill your nostrils, and grab some local souvenirs at Willowfield Lavender Farm or sip some wine and stretch your legs at Mallow Run Winery.

After all that walking, it’s onto another eatery. After all, that’s what we do best in Indiana.

We’re heading to Zydeco’s in Mooresville. You have every right to be shocked at the prices (too high), but there’s a work-around. Order 2-3 small dishes. It’s cheaper, and you get to try more things. Get the garlic soup. Again, YOU’RE NEVER MAKING OUT WITH ANYONE ON THIS TRIP GAVIN IS A LYING JERK. Enjoy the atmosphere of New Orleans transported to suburbia.

Walk down the street to one of three consignment shops in the center of town. Find treasures! Find things that should never be considered treasures!

Stop for pie at Gray Bros. Cafeteria. Chocolate silk, duh. Complain to their faces that they no longer have peanut butter pie. I’m convinced that if enough of us do this, they will bring it back.

I once brought an entire peanut butter pie on the flight from Indy to L.A. The TSA guy almost took it until I explained how much I adored it. He said her understood. “It’s Gray’s.”

Head back to the airport. It’s time to go! We’ve come so far. Stay strong when Gavin asks you about your trip. When he runs a hand through his skin fade undercut (a thing?), take a deep breath, look him dead in his colored contacts (you know the truth even if he said they were natural), and begin with, “ComedySportz was great.”

“Yes,” you’ll say. And you’ll watch him run away, and you’ll never have to lie about his tight pants again.

I just realized you didn’t eat a tenderloin! COME BACK!!!!